Baseball returns – and diamonds are all the rage again 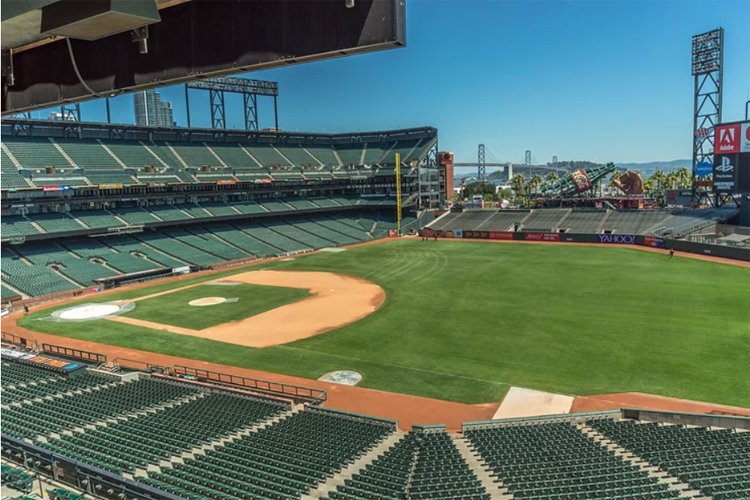 In the wide world of sports, the baseball field stands out as rather unique. Unlike most team sports and their rectangular field or court, the timeless game of baseball is played on a wedge-shaped field that roughly resembles a quarter of a circle. The most common term for a baseball field is “diamond.”

Since the Knickerbocker Rules of the 1840s, the basic layout of the baseball diamond has changed very little. And since Major League Baseball (or at least The National League portion of it) started holding professional baseball competitions on diamonds across America way, way back in 1876 (the American League joined the NL clubs in 1901), there have been very little interruptions in play — with the stoppages that did occur being almost exclusively related to financial battles between players and MLB team owners.

Until 2020. Where, as we all know now, things tend to be a little bit…different.

There was a pandemic-interrupted season in 1918 (which also saw many star players putting aside their bat and glove to serve in World War I), but MLB still managed to play close to 130 games — even though several baseball players died from the ravages of “the Spanish Flu.”

Now, MLB is launching an abbreviated, 60-game season. This highly unusual and unique campaign will run 102 games less than the 162-game seasons teams have been playing every year since 1961 – with Opening Day taking place 119 days after the originally scheduled start date of March 26.

Watching MLB teams and players return to the diamond provides a much-needed respite and long-overdue indulgence for many sports-loving Americans — even if they aren’t allowed to attend games in person. It also allows players to sport some of their favorite jewelry pieces. Because unlike the also-aiming-to-return-to-play NBA (which we chronicled in an earlier blog post), MLB allows its athletes to flash some bling when they’re flashing the leather or the bat.

Here’s a closer look at some stories involving diamonds…out on the diamond.

Loose Diamonds on the Mound

During the 2017 MLB season, then-Tampa Bay Rays pitcher Chris Archer was warming up on the bullpen mound at Toronto’s Rogers Centre. Suddenly, his diamond necklace snapped, and loose diamonds went flying all around the dirt. Apparently, one of the diamonds in Archer’s necklace had gotten stuck in his jersey, and the violent pitching motion caused the chain that held them all in place to snap. Lucky for Archer, he and other players and crew were able to dig all but three of the missing diamonds out of the bullpen dirt.