“Some of the worst moments of their lives” 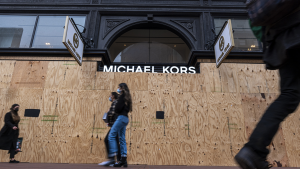 Smash and grab attacks on jewelry stores are on the rise. Jewelry stores in cities across the United States have been targeted with smash and grab robberies. Recently, jewelry stores in Los Angeles and San Francisco have endured a series of these attacks. One jeweler closed his store for a week out of fear of being targeted, only to be victimized the day after he reopened, according to a Wednesday segment on Fox & Friends First.

Eric Orozco, owner of Heart of Gold in San Jose, California stated the robbers “terrified” his family and employees, injured his father and made off with over $100,000 of goods. Orozco said he went to the police because he noticed suspicious activity and feared his store would be attacked, but police said there was “nothing they can do at that moment.”