Department of Labor clarifies difference between employees and independent contractors 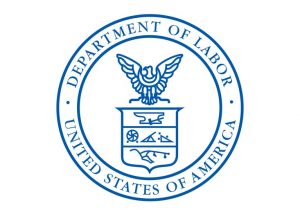 (WASHINGTON) – The National Retail Federation (NRF) welcomed regulations issued by the Department of Labor that clearly define the difference between workers who must be considered employees and those who can be classified as independent contractors.

“Millions of workers enjoy the freedom and flexibility that independent contractor status provides them,” French said. “Unfortunately, some state legislatures have imposed burdensome new regulatory regimes on these workers with predictably disastrous results. American businesses must be able to engage with these contractors without fear of frivolous litigation. These rules will allow them to do that and will support retailers’ efforts to spur job creation.”

DOL issued the final version of regulations that create a modern “economic reality” test to determine whether a worker is an employee covered by the Fair Labor Standards Act and its requirements for minimum wage and overtime or an independent contractor exempt from those requirements. Under the regulations, the determination will be based on two main factors – the nature and degree of the worker’s control over the work and the worker’s opportunity for profit or loss based on initiative or investment.

NRF has led retailers’ efforts to clarify the status of independent contractors. Among other actions, NRF last year filed two legal briefs asking courts to overturn a California worker classification law that narrowed the circumstances under which an individual can work as a contractor.