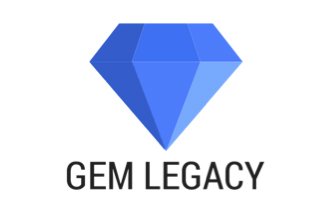 “Tools are absolutely essential to small gem miners’ success,” says Rachel Dery, director of communication and outreach for Gem Legacy. Dery recently spent five months on the ground in East Africa on behalf of Gem Legacy, distributing over 100,000 meals and other critical disease prevention supplies to 43 mining communities that were hard hit by the COVID-19 crisis. Along the way, she observed how the miners go about their work.

“We know that over 90% of East African miners are or were farmers first. Once they found gems on their property, they began gem mining, but most of them simply use farming implements to mine, which are mostly ineffective,” said Dery. “The Gem Legacy Miner Toolkit will provide them with more efficient set-ups that will allow them to be more productive in their mining.”

The Gem Legacy Miner Toolkit was created in partnership with local governments, which surveyed miners to ensure the kit of supplies was tailored to meet the greatest need. It currently includes a shovel, chisel, hammer, pickaxe, hand drill, blasting tools, helmet, head light, gloves and a sieve.

Gem Legacy plans to adapt and adjust the toolkit based on the needs of each mine it supports. It also plans to expand the program to new areas and countries in which it works. To assist with this initiative and other on-the-ground implementation of Gem Legacy projects, the non-profit has appointed Bjorn Merisheki as Gem Legacy East African initiatives director.

Gem Legacy’s second anniversary celebration and online auction to raise funds for its miner toolkits will take place Tuesday through Saturday, Sept. 22-26. Bids can be placed here. A full 100% of all bids and donations will go directly to the purchase of items for the toolkits, with no administrative fees removed, because members of Gem Legacy’s Advisory Board underwrite all administrative fees for the non-profit.

In addition, a rainbow of loose gemstones is up for auction, including a Madagascar green sapphire from Michael Couch & Associates; a Mexican danburite and a Mozambique-sourced cuprian elbaite (paraiba) tourmaline from Caleb B. Quashen International; a Nigerian pink tourmaline and a spessartine garnet from Roger Dery Gem Design; a rhodolite garnet from Parlé Jewelry Designs; an aquamarine from Dan Lynch Gems; and a Kenyan rhodolite garnet from ANZA Gems.

During its anniversary and auction week, Gem Legacy will make available interviews with Gem Legacy patrons and supporters – as well as its new East African Initiatives Director Bjorn Merisheki – on the nonprofit’s social media and website.

For more information about Gem Legacy or to donate, please email info@gemlegacy.org or visit gemlegacy.org, on Instagram @thegemlegacy and on Facebook @gemlegacy.

A conversation with Jimmy: Sales and management training video

A conversation with Jimmy: Sales and management training video

Gus Garcia joins Jewelers for Children Board of Directors

Jewelers for Children announces 2020 Hope for the Holidays program