(NEW YORK) – Jewelers of America (JA), the national association for businesses serving the fine jewelry marketplace, has announced the addition of a GEM Award for Watch Design to the 14th Annual GEM Awards gala taking place on January 8, 2016, at Cipriani 42nd Street in New York. The GEM Award for Watch Design will honor either a well-established or emerging brand which has an extraordinary design aesthetic and/or has made significant technological advancements in the field of watches. GEM Awards – considered the Academy Awards of the jewelry industry – honors the achievements of individuals and companies whose work raises the visibility of fine jewelry and watches. 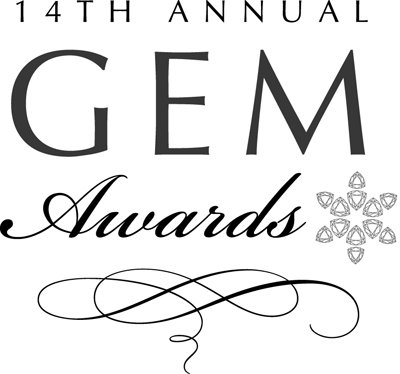 The GEM Awards Committee is now seeking suggestions for potential 2016 GEM Awards nominees in the categories of Watch Design, Jewelry Design, Lifetime Achievement, Marketing & Communications and Media Excellence. Companies and individuals can submit themselves or others for consideration through June 30, 2015, at www.jewelers.org/gemawards.

The GEM Awards Committee will review the submissions to determine the individuals who will be celebrated as 2016 GEM Award Nominees in each category; a panel of industry experts and influencers will vote to determine the winner. An independent auditing firm tallies the votes to keep winners confidential until a live reveal during the ceremony on January 8, 2016. There are three nominees per category, with the exception of Lifetime Achievement which is presented to a single honoree announced prior to the event.

“There is still buzz about the 13th annual GEM Awards and the expanded awards categories for 2016 only add to the excitement,” says Elite Traveler Publisher and GEM Awards Chair Norman Miller. “GEM Awards has always been anchored by the support of watch brands and it felt like the perfect time to add the GEM Award for Watch Design. We expect to be blown away by the quality and talent of the submissions for Jewelry Design, Lifetime Achievement, Marketing & Communications, Media Excellence and Watch Design.”

GEM Awards is the fine jewelry and watch industry’s premier accolade gala, hosted by Jewelers of America, which recognizes the outstanding achievements of individuals and companies whose work raises the visibility and status of fine jewelry and watches. Jewelers of America is the national trade association for businesses serving the fine jewelry marketplace with a primary purpose of ensuring consumer confidence in the jewelry industry. For more information on the history of GEM Awards, visit www.jewelers.org/gemawards.