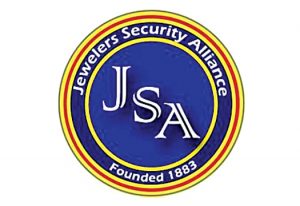 John Kennedy, JSA President, said: “After many years of significant declines in dollar losses from crime, the industry got a jolt in 2019 due to large dollar crime losses caused by very active professional gangs, particularly sophisticated burglary gangs. While losses have moderated in 2020 due to COVID-19 closures and disruptions, the disturbing statistics of 2019 should be a wake-up call for the industry that the bad old days of escalating crime losses can quickly return. JSA particularly thanks its FBI and law enforcement partners for their arrests of a large number of the dangerous criminals from 2019 cases.

“This Report summarizes information on when, where and how these crimes occurred. Knowing the information in this Report can help keep jewelers safe from crime,” Kennedy added. “JSA urges all jewelry firm owners and their employees to spend time reading and discussing this Report and examining the serious risks that your jewelry business faces.”

Other notable results from the Report include:

“The preparation of the Crime Report for 2019 was particularly challenging due to the disruptions of COVID-19, but the authors of the Crime Report, JSA Senior Crime Analyst Ryan Ruddock and JSA Vice President Scott Guginsky, did a magnificent job in collecting and analyzing case information, numbers, locations, trends and methods, and putting it in useful and instructive form,” said Kennedy.