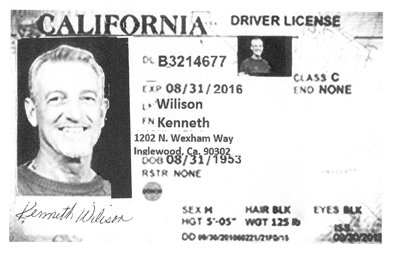 One occurrence is an anomaly. Two instances of a particular event a coincidence. But, three credit card scams from California-based construction business owners is a definite pattern. That’s what two Kentucky-based retail jewelers, separated by 215 miles on Interstate 64, determined when loose diamond purchases conducted by phone from out-of-town customers didn’t pass the smell test.

Retailers of all stripes are familiar with a host of credit card scams. But Dallas Beall, president of Louisville, Kentucky-based Dallas Fine Jewelers, and his lead sales associate Jan Button-Minton, discovered that the criminal mind isn’t always a rational one. Jan and Dallas received a phone call on Tuesday, March 15 from a man identifying himself as Ken Wilison, a construction company owner based out of Inglewood, California, that was looking for loose diamonds in very precise weights and was very particular about color and clarity specifications.

“It struck me as being kind of odd that he wanted two diamonds that were 1.0-carat and 1.20-carats,” says Jan. “He was very specific about the weights. First and foremost, both had to be GIA certified, they had to be H to I in color and SI1 in clarity. He wanted two diamonds because one was for a gift for his wife and the other was to be set in a brooch that belonged to his mother.”

The potential customer also wanted images of the diamonds sent by e-mail. Serving the Louisville market for more than 40 years, Dallas was convinced this was not a legitimate sale and didn’t give the matter any additional concern, until the man called back two days later.

“He then became very insistent about getting price quotes on diamonds immediately, he also wanted to see image files of the diamonds and their GIA paperwork by e-mail, and was slightly irritated about the lack of follow-up after his initial call – that’s when my level of involvement in the sale picked up,” says Jan.

Although Jan and Dallas had their suspicions, refusing service on reasonable hunches isn’t good business, so the two proceeded with caution and honored the potential customer’s requests. As Jan worked with the client by phone, she learned more about the customer’s background and wondered why a California-based businessman was so intent on buying diamonds by phone from a retail jeweler he’d never done business with in the past and was located many miles away.

The man who identified himself as Ken Wilison stated that his daughter recently enrolled at the University of Kentucky, and that in his travels of taking his daughter to school in Lexington he became familiar with her jewelry store. This might seem somewhat plausible, but even in rural Kentucky there are a number of jewelry stores in the 78 miles between Lexington and Louisville.

Still, Jan and Dallas were proceeding with caution. Diamonds of I, SI1 specifications, in the weights the customer was requesting, were closer to the customer’s budget parameters. After several e-mail exchanges and phone calls, the transaction was ready to be made. Yet another red flag went up when Ken Wilison stated he had a “six-digit forced authorization number” that would allow him to use his credit for a purchase of up to $14,000. Both Jay and Dallas never heard of a “forced authorization number” up until this point.

“We found out through additional research that the 16-digit number he gave me didn’t belong to a Chase Bank credit card at all, it was a Wells Fargo credit card number,” says Jan.

This failed credit card transaction was the fatal blow to an already shaky loose diamonds transaction, but Ken Wilison’s story didn’t add up from the beginning. A number of suspicious findings by Jan and Dallas took the customer from innocent until proven guilty to guilty as sin in a matter of days.

Also, thanks to a Google Earth search of the 1202 North Wexham Way Inglewood, California 90302 shipping address he provided, Jan noticed that it was a multi-unit dwelling. “The shipping address did not provide a unit number and the neighborhood looked very run down,” says Jan. “A consulted Secret Service agent indicated it was potentially just a drop address to be repackaged and sent out of the country.”

The customer also provided a California driver’s license for identification, which Jan immediately spotted as “altered,” noting disparities in the size of images commonly used on California drivers’ licenses, as well as the placement and cropping of the images. And, further Google searches found no “digital footprint” of Ken Wilison or his construction company.

Ultimately, the diamonds were never sent and the customer was never heard from again. But later this year Dallas learned of another Kentucky retail jeweler that wasn’t as lucky. According to Jan, that jeweler shipped the diamonds and later learned the credit card transaction was contested. At press time, that store owner was not available for comment.

A coincidence turned into a pattern the week of August 1, when Jan and Dallas heard from Tom Drake, another California construction company business owner that called their store seeking to purchase loose diamonds by phone. “Needless to say we politely declined the business and encouraged the customer to shop at a jewelry store closer to his home,” says Jan.

Jan and Dallas would like to put jewelers, especially those in Kentucky, on alert of potential scams coming from customers posing as California businessmen that supposedly own construction companies. The contact names and information they were given:

John Kennedy, president of Jewelers’ Security Alliance (JSA) said of the incident: “Credit card scams run the gamut. Retail jewelers should always do their due diligence in these situations and always be mindful of potential frauds with out of state purchases. We see a lot of these scams and there’s very little if anything the store owner can do to recover the loss.”