One of the largest specimens ever found in the Western Hemisphere 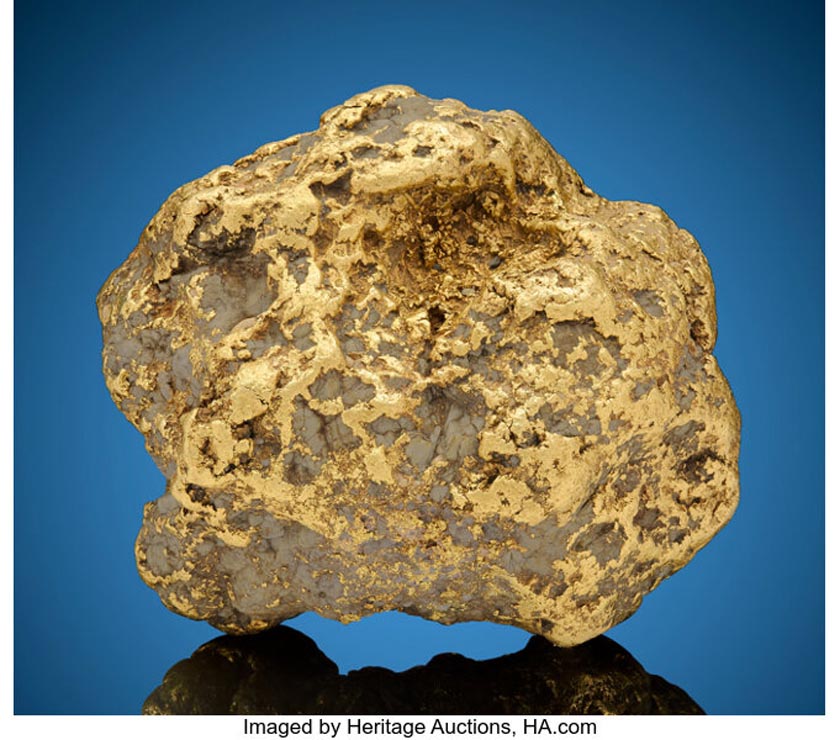 The beauty and scale of the nugget is hard to quantify. Consider the fact that the majority of the world’s mined gold is refined, and that even a one-ounce nugget is exceptionally rare – and the Centennial Nugget weighs in at more than 20 pounds – over 322 ounces.

“It is difficult to come up with the superlatives to fully explain the significance of this nugget,” Heritage Auctions Nature & Science Director Craig Kissick said. “The winning bidder got a prize that can be the centerpiece of any collection, the focus in any room. It is not only the largest ever found in the 49th state, but also one of the largest ever discovered in the Western Hemisphere. The Centennial Nugget is absolutely spectacular.”

The largest Gold nugget in the auction brought the largest winning bid, but it was far from the only highlight. 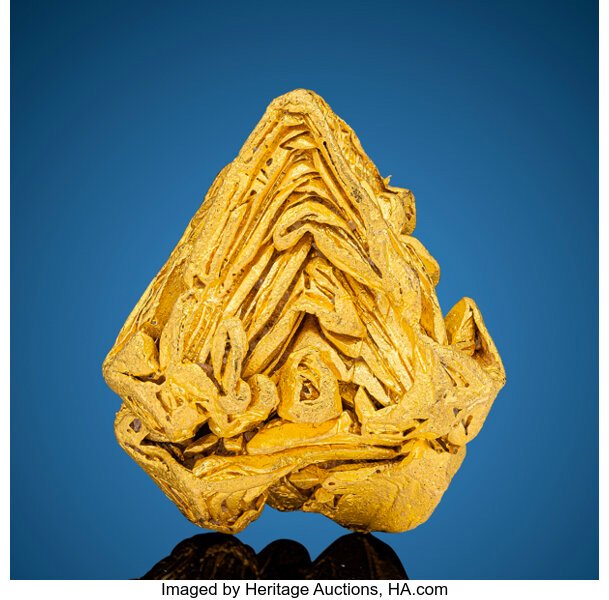 A brilliant Native Gold Crystal from Venezuela brought a winning bid of $447,000. Discovered in the jungle of Gran Sabana, where gold can be found in the sediments of river bottoms between the mesas, this 217.78-gram (7.00-troy ounce) nugget is believed to be the largest morphologically fine non-wire single gold crystal in the world. 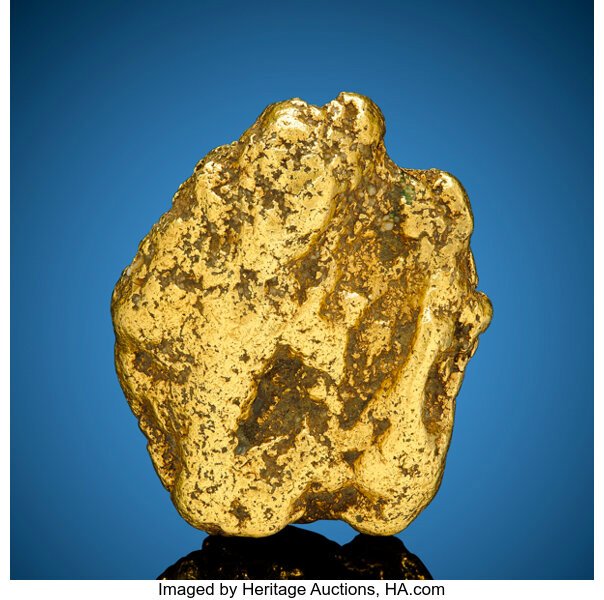 Another Alaskan Gold nugget, from the Ruby Mining District, finished at $68,750. Featuring all of the characteristics often found in examples from the 49th state, this specimen is as grand in size (727 grams/24.5 troy ounces) as it is in appearance. 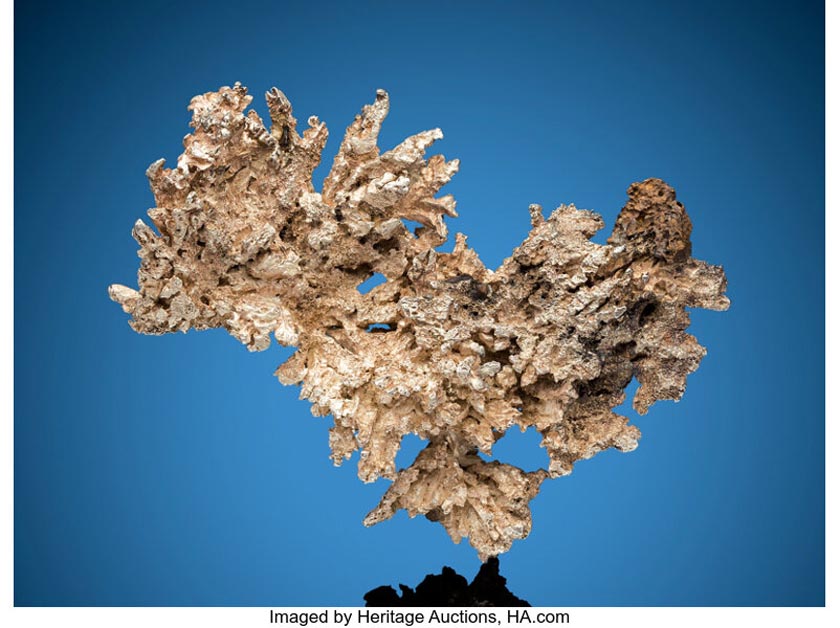 Crystallized Silver with Copper, from the Wolverine Mine in Michigan that closed in 1925, drew nearly three dozen bids before closing at $40,000. This specimen is huge – it measures nearly 6 inches in length and weighs 653 grams – and features sharply defined crystals and great color. This magnificent specimen, with solidly crystallized silver except for a small association of crude copper off one end, is from the famous collection of German dealer and collector Dr. Hans Jürgen Wilke.

Two Gold nuggets reached $31,250. One, from the Ganes Creek Mine, weighs 260 grams and is highly aesthetic for an Alaskan nugget, boasting the typical brassy-golden coloration diagnostic of gold from the state. The other, from the famed Bendigo Fields in Australia, is even larger, weighing in at 350 grams. Its overall beauty is a combination of its impressive size, complemented by high luster and bright golden-yellow hue.