(ATLANTA, Ga.) – When Lee Eskridge and Brant Bateman talk about LeeBrant Jewelers’ new 15,000 square foot location, just opened in December, they are thrilled to describe the improvements the new location enjoys. Many are cutting edge in the jewelry business and some required research to find the suppliers to build or create different parts of the store. Today all the effort seems to be well worth the six plus years the project took from beginning to end. 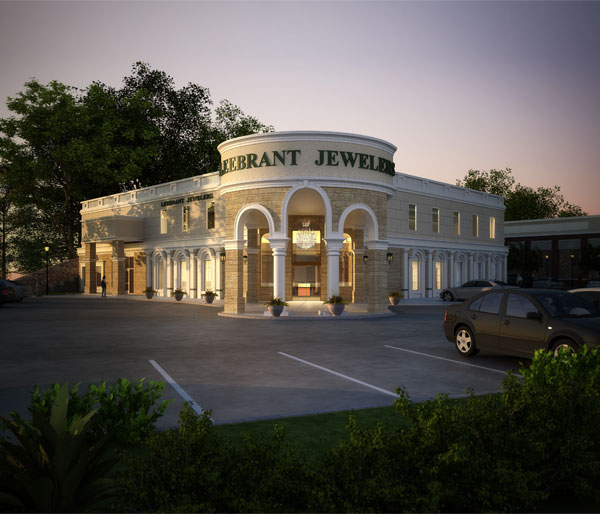 LeeBrant Jewelers is starting its fifteenth year in business with a brand new location in the popular Perimeter area of Atlanta. Just a few short miles from their previous location, Bateman and his business partner and long time friend Lee Eskridge, are proud of their new building and many of the security features they incorporated. The free standing building features showcases that each contain secure vaults to house the jewelry when the store is closed. “The showcases have a mechanism that in a single key swipe the floor board with displays and jewelry lowers into a steel vault, the show case light goes out and a steel door rolls in place to secure the vault. This saves countless hours of payroll for put out and take up of the jewelry, and also keeps the display elements and the jewelry in pristine shape for a long time,” says Bateman. With these economies, Bateman says the cases will pay for themselves in about four years.

From a main key location all the cases can be emptied and secured simultaneously in 30 seconds. They use that method about once a week to ensure that all systems are go. A battery back up ensures that the cases can be secured in the event of a power outage. A card key system is used for opening the cases to show merchandise, and if an employee signals a case to open and then does not open the case, it automatically locks thirty seconds later. No showcase keys means no locks to change if someone loses a key card. The lost key card is simply deactivated.

The store’s two diamond engagement ring cases feature a security system that notifies the store’s computer system when an item is removed from the case. A chip on the tag alerts management which piece has been removed from the showcase. If a salesperson is working with a customer the system simultaneously displays a photo of the item and lists its characteristics on a video monitor behind the salesperson and tells the customer what other pieces come with the set. This aids in both security and sales. Additionally, a report can be generated to tell the diamond buyer which items are being shown and how often, and which pieces don’t get pulled from the case at all. The store is working on this system and is excited about refining it and future uses.

A drive up window for customers with young children in the car, clients with disabilities or quick and easy repair pick up was constructed on one side of the building. “We want to get our clients and new customers in the store any time we can, but we realize that the drive through window is a convenience American consumers love. We hope that by providing that service we will build loyalty with our customers,” said Bateman. The window is made with bullet proof glass.

The store also features plasma TVs and comfortable chairs near a bar area complete with wine cooler, dishwasher and ice maker. Men shopping with their wives won’t need to rush out on Saturday afternoons to catch part of a game and can relax with a cold beverage.

The building is made almost entirely of steel and stone and features an impressive drive under portico entrance and an armed security doorman. The two story domed ceiling above the sales floor is painted sky blue with clouds to give a natural feeling. A beautiful T shaped double staircase leads to the upper level mezzanine and features the store logo on a soothing two story waterfall wall. The lower part of the staircase has removable railings and can be converted into a stage with sections stored in a closet under the stairs. They hope to use this and the upper level for special store events or for local community groups to hold meeting and events. 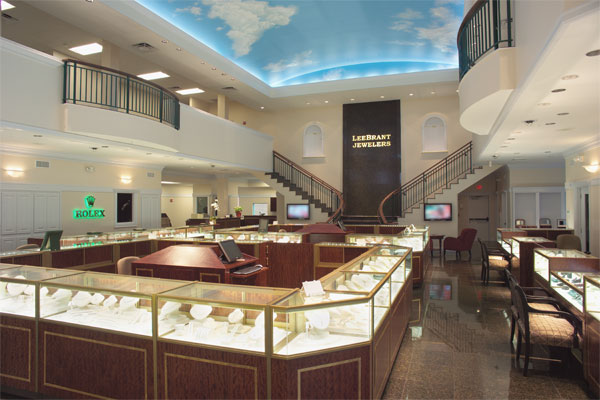 Plans for this move began years ago when the partners realized they were quickly out-growing the former strip center location they had been in since they opened LeeBrant Jewelers in 1994. They had expanded the original store from 1250 to 2500 square feet, but when that became too small and they could not convince their next door neighbor to move, started looking for land in 2001. Over the years they have put bids on several lots but encountered zoning problems. They did not want to move far from their original location, wanted good visibility and wanted to be at an intersection with a traffic signal. In April of 2007 they found the perfect corner lot and after six months of negotiations they began making plans to break ground in February, 2008.

Bateman comments: “With the current economic situation, the move may seem ill timed, but we were way into this project before the current conditions set in. We needed to move anyway and now we hope that our actions will bring us more visibility, traffic and new customers.”

While Eskridge started out sweeping floors at the age of 12 or 13 in a jewelry store in Shelby, NC where his mother worked, Bateman grew up in Georgia thinking he would be a peach farmer after college. A call from Bateman’s brother in 1978 about a job with a company that had just hired him brought Bateman, dressed in shirt and tie, to the Bailey, Banks and Biddle store in Perimeter Mall, just down the street from the new store’s location. “I was just out of college. My brother said it was a good company and that they had a great training program. I guess they did because I’m still in the business 30 years later.” This is where Bateman and Eskridge would meet and develop a friendship while learning the jewelry business. The decision to go into business together was made 16 years later. Bateman’s brother is still in the jewelry business as well, working for Tiffany & Co. running their stores in Florida.

The team of employees the two partners have built is made up of experienced sales people with little turnover. Two gemologists are on staff as well as trained bench and watch repair staff. The owners value their staff and try hard to keep them. The new location has a large room closed off upstairs that will soon feature exercise equipment, showers and changing rooms for staff members who want to stay fit. Since LeeBrant’s clientele is a higher end customer they work hard to keep them returning and happy. Each year they hold a customer appreciation evening with a full meal and bar service. In the beginning they would feature athletes to draw a crowd, but nowadays that is not necessary as their customers can’t wait to attend. At the old location they would set up tents to hold all the customers, but at their new location that is a thing of the past. 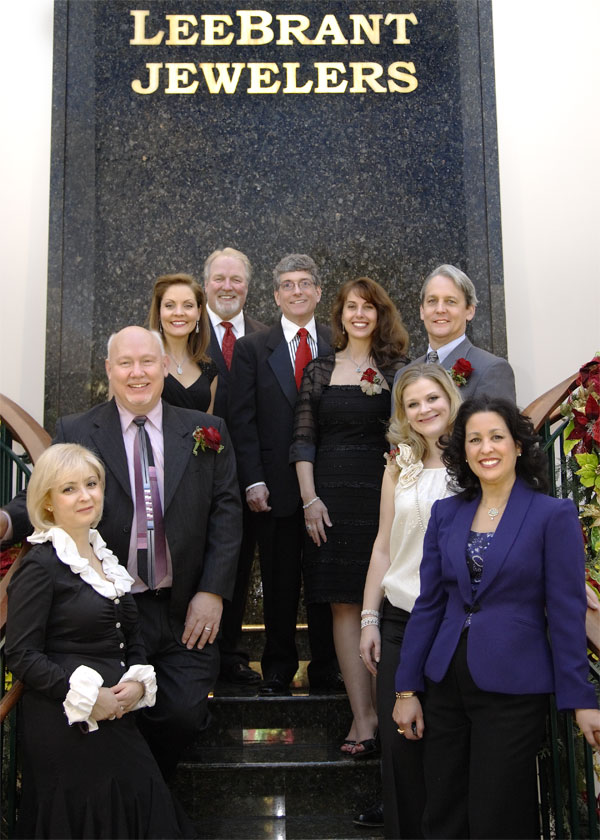 LeeBrant Jewelers does have one relationship with a spotlight personality that they hope never ends. Sean Hannity, the radio/television host, political commentator and author is often heard on his show talking about his friends Lee and Brant at LeeBrant Jewelers. He does ads about the store and mentions them frequently. He recently gave a Rolex watch he purchased from the store to his TV show co-host Alan Colmes when the pair ended their “Hannity & Colmes” show on January 9th. Hannity purchased the watch as he does everything else he gets from LeeBrant Jewelers and will not accept payment for the ads or discounted prices on merchandise. Both men say they appreciate very much what their customer and friend Sean has done and continues to do for them. The ads on talk radio have definitely helped the store’s high end business and hence the majority of their advertising budget goes to other talk radio show spots. The store receives calls from consumers all over the US that have heard Sean mention the store and even some advertising people trying to sell ads as far away as NY call.

If you would like information about the cutting edge features at LeeBrant, Brant will be happy to direct other retail jewelers to the suppliers they worked with. The store’s phone number is 770-551-8850 and Brant’s e-mail is brant@leebrant.com.