Sapphire, as well as most colored gemstones today are routinely treated to improve their appearance and increase their salability. Simple heat application, often called ‘cooking’ is an ancient method of enhancing colored stones. Depending on the stone itself, other forms of enhancement may be applied. Diffusion heats sapphires at a high temperature and adds certain elements to complete the process. But another process has been revealed in the global market and it warrants a separate identification and disclosure to both merchants and the end users. 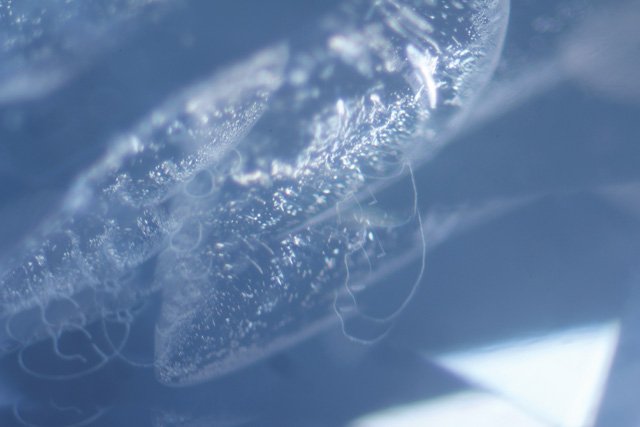 Dr. A. Peretti, founder of GRS (GemResearch SwissLab) has conducted multiple examinations on a newer, and distinct treatment process for sapphire. It combines conventional heating plus HPHT (high pressure, high temperature) to give these stones the desired blue hue. They may have been sold as simply “heated sapphire”. But the additional HPHT process requires proper disclosure and industry-wide conformity to creating a harmonized method of identification. There’s a reason for disclosing this separate process, and Dr. Peretti explains more in a recent interview;

Q: When did these HPHT sapphires first appear in the marketplace? And where was that?

Dr. A. Peretti: The stones first appeared in Sri Lanka when dealers contacted us in 2015. They explained that previously untreatable rough was being bought up, treated, and resold at lower prices so they thought it may be a new diffusion process.

Q: Were these sapphires mixed in with ‘conventional’ heated sapphire or were they offered separately?

AP: Dealers submitted single stones in Bangkok and after receiving HPHT reports they did not return with more of the same stones. They know how to avoid buying the material in Bangkok. However, in New York, buyers didn’t know anything about the material and stones were eventually detected as being included in high value lots. The high-end dealers were surprised or shocked to discover these ‘hidden’ stones, and considered this to be a scandal. 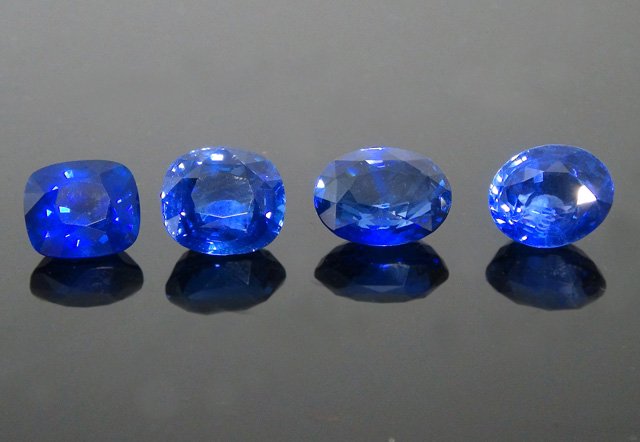 Q: Was the price different for these new type of treated sapphires – if yes, were they higher or lower than their conventional counterparts?

AP: Buyers close to the source are paying lower prices for HPHT stones. We’ve heard figures from 30 to 50% lower in price as contrasted to similar quality sapphire having undergone conventional heat treatment. The price difference and disclosure of HPHT sapphires becomes ‘blurred’ as these stones reach the end-consumers.

Q: Do you have a sense of what the manufacturer (or producer) had in mind when he treated them in this way? Was it to produce a more desirable blue, or something else?

AP: The manufacturer sought to treat material that was previously lower quality and untreatable and therefore unsalable. For example, stones with fluid inclusions or goods unreceptive to conventional heating methods. Ultimately, they were looking for a cheaper sapphire material that was available in large quantities.

Q: Was the rough to be treated from one source? If so, what was the reason that it was sourced there?

AP: Madagascar and Sri Lanka is the preferred source for this treatment. HPHT treatment on basaltic (from dark igneous rock deposits such as Nigeria, Australia, etc) sources was unsuccessful. The method seems to add color rather than reduce the color.

Q: How long were these HPHT sapphires on the market before being detected?

AP: It is possible the stones were in the market for a couple of years. But we understand that the manufacturers were modifying the process by using additives such as lithium carbonate to achieve better heat treatment results.

Q: Were there a series of tests done to make a separation between HPHT and simply heated sapphire – or was the first test a RAMAN spectroscopy?

AP: A combination of high tech and microscopic methods must be used to separate stones. FTIR spectroscopy shows a classical broadband signature. However, we found that HPHT affects the outer part or rim of the stone and not the core. So, the stones that have already been conventionally heated and later HPHT treated retained the signatures of both conventional and HPHT treated stones. It is a real challenge in identification that needs years of practical testing experience.

Q: What did you discover from your testing?

AP: After testing, we discovered the different types of infrared spectroscopy lines and new type of inclusions such as healing patterns and particles in the cracks. This type of healing looks very different because there is no annealing process involved. We also discovered synthetic graphite inclusions.

Q: With regards to HPHT sapphires – why does transparency and disclosure matter so much to our trade and ultimately to the consumer?

AP: HPHT processes create a weakness in the sapphire perpendicular to the surface. During parting or hammering, the stones would fracture toward the center of the stone which is unusual for corundum. Corundum, the mineral in which sapphire is a variety, is very hard – ranking 9 on the Mohs scale. Only diamond is harder, but also more brittle. This change in its physical property makes some of the stones more brittle. Also, the stones are less rare than conventionally heated stones because the process is used on stones that have already been unsuccessfully treated via conventional heating. The end consumer should be able to make the decision if disclosure is important for them. The labs are a vehicle to pass this information on to the end consumer so they can decide if brittleness is critical; for example, in cutting factories or during mounting and prescribing conditions for care, etc.

Q: Some trade groups (like AGTA) are acknowledging the need for disclosure and a harmonization of identifying this group as a separate gemstone treatment. Who do you hope will be the next group (or groups) to acknowledge that these treated stones must have their distinct identity known and disclosure?

AP: There was a Symposium in 2014, in Thailand with many labs participating. GIT Lab (Gem and Jewelry Institute of Thailand) presented a paper on the new and unique process of using ‘high temperature and high pressure’ (HPHT) (ICGL -International Consortium Gem-Testing Labs Newsletter Fall 2014, Issue #4.) They discussed how conventional heat treatment was a stepping stone in both the beryllium and lead glass filling, and now HPHT. We had already identified the material and after the topic was openly discussed we figured every lab would immediately begin disclosing. 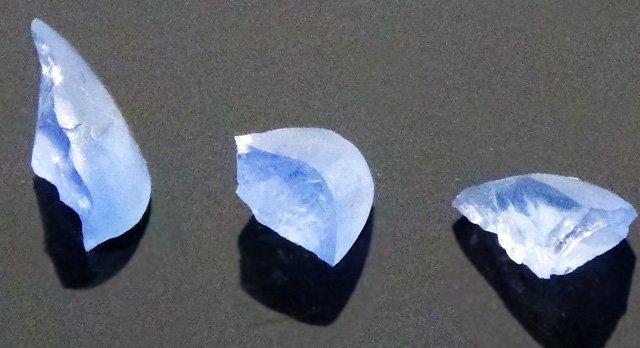 We were surprised that the ‘lab harmonizing group’ decided the process did not need disclosing and even suggested that calling these stones HPHT was misleading. The point was made that a comparison with the diamond treatment (HPHT) is not correct, as lower pressures were used for HPHT treated sapphires in comparison to HPHT treated diamonds. After all, according to the manufacturer, the atmospheric pressures are about 1000 times higher than standard pressure used for conventional heating (approx. 800-900kbar). The machine used for this process is capable of much higher pressures like tens of kilobars It is theoretically possible to increase the pressure even further at a later point for this new treatment. We expect the manufacturer to continue experimenting for better results and assume that it might indeed happen in the future. In contrast to the LMHC lab group, AGTA and AGL lab later stated that a full disclosure is compulsory, which we concur.

Q: Why do you think the other labs are not disclosing the new treatment?

AP: We made a startling discovery after publishing our article and teaching some of the other labs about the new HPHT treatment. It was extremely difficult for some of the other labs to separate the new multi-step treatment. The reason was that if unless they had a lot of experience testing the different types of conventional heat treatments, like we do over the last 20 years, they could not see the difference between conventional and HPHT treated sapphires. It requires a high degree of expertise and extensive reference collection. I can imagine how it is difficult for the smaller labs of the LMHC group to detect these stones. However, not being able to detect stones is not an excuse for not disclosing. A similar example may be in the detection of green diamonds. Only a few of the more sophisticated laboratories are capable of doing the job. Under no circumstances, however, should a policy be made not to follow-up or not to disclose this new treatment just because of lack of practical experience or because it is challenging.

Q: What, in your view, is the most important reason for disclosure and harmonization of identification for the trade and consumer?

AP: The most important reason for disclosure is that the end consumer should make the final determination whether or not this process should be categorized as conventional heat treatment or not. There needs to be a time period during which the stones can be thoroughly tested for hardness, brittleness or color stability, for example. In this time period the stones need to be disclosed by everybody. The end consumer appreciates when criteria is disclosed and then these products find their markets more easily. Like beryllium treated or lead glass filled stones, the market ultimately finds its way to the end consumer with lower risk and full understanding about the product only when the full disclosure is available.