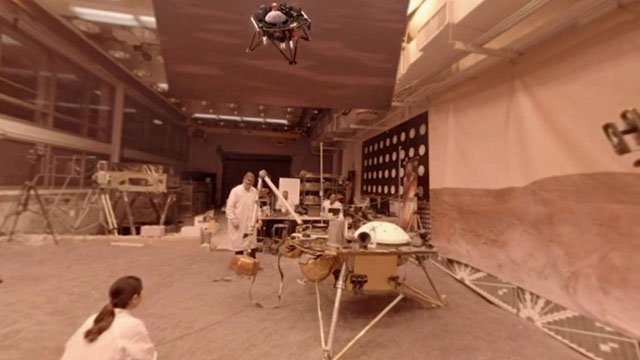 In November, NASA will land its next robot on Mars, which means they have about eight months to practice sticking the landing. And it turns out the mission’s engineers are making use of a surprising substance to do so: crushed garnet gemstones, as they revealed in a new 360-degree video of the testing center.

NASA has a good scientific reason for its taste in bling: crushed garnet turns out to be a pretty good way to mimic the surface of Mars, which is covered in sand and gravel. The term garnet applies to a whole range of specific gemstone chemical compositions and colors that share the same basic properties.

Read the full story at http://www.newsweek.com/nasa-practicing-its-next-mars-landing-using-crushed-gemstones-838286