(WILLIAMSVILLE, N.Y.) – Eric Lux, Vice President, Rembrandt Charms, has signed with DragonSpeed, joining Christopher Mies, Fabian Schiller and Devlin DeFrancesco in their bid to capture their first win at this year’s 59th Rolex 24 Hours at Daytona and the third consecutive LMP2 win at the race for the team. Eric is an American Le Mans Series and IMSA Champion and frequent member of the racing endeavors assembled by team owner Elton Julian.

“2021 marks my 18th season competing in sportscars and my 11th Rolex 24 Hours at Daytona. I’ve nearly won there on several occasions and for it to become a reality you need the right team, the right car and the right teammates,” said Lux. “I’ve known Elton as a teammate, team owner and friend over the past 10 years, and watched the team’s combination of pace and strategy win the Rolex 24 Hours at Daytona last year. I have complete confidence in the team and the outstanding teammates Elton has recruited for our program. I cannot wait to race for DragonSpeed at Daytona!”

The Rolex 24 Hours at Daytona features the top racing talent from around the World, including Formula 1, IndyCar, NASCAR and Sports Car Racing. There are 50 confirmed entries for the race and there will be a limited number of fans allowed at the venue with social distancing and safety protocols in place.

Rembrandt Charms has a long-standing relationship with DragonSpeed, including two consecutive years of sponsorship during the 2019 and 2020 NTT IndyCar racing seasons. Eric raced to victory with DragonSpeed team principal, Elton Julian, to win nearly half of the races in the 2011 IMSA American Le Mans Series and clinch the Championship. In 2015, Eric raced for DragonSpeed, helping Mercedes-Benz secure it’s first Championship in North America during the World Challenge season. 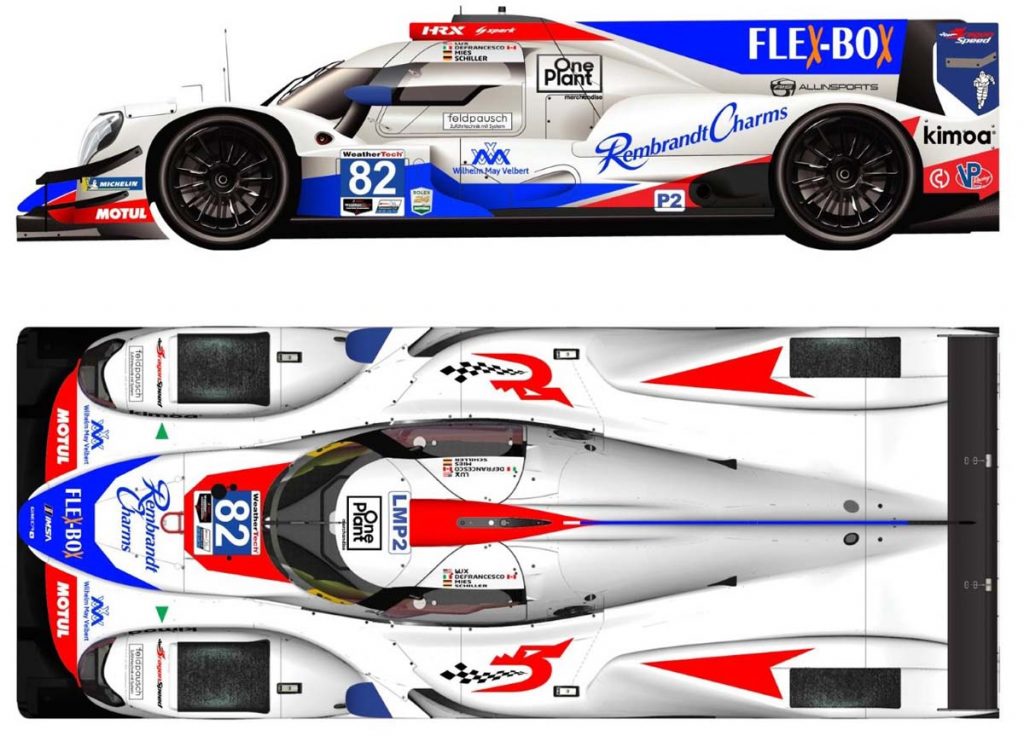 The race will air live Saturday, January 30 at 3:30pm EST, on NBC before switching over to NBCSN at 4:30pm EST. The race can be viewed on IMSA TV, TrackPass, NBC app or YouTube.