It’s been about 6 months since I first wrote about the industry-only, closed Facebook group named Jewelers Helping Jewelers. In the last 6 months, it has been my pleasure to watch this group continue to flourish, and grow from the 3500 members it had when I first wrote about it, to where it stands now, which is over 6,800 members at press time. 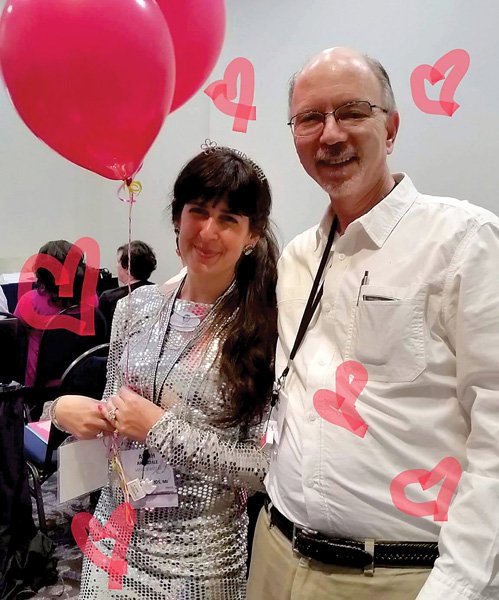 At heart, the makeup of the feed has remained the same since my first observations. People buy, sell, request help and give suggestions on numerous retail-oriented situations, and feel comfortable sharing stories about business in general that range from hilarious to horrifying, all to an audience of sympathetic, like-minded souls that care and connect in this symbiotic Facebook bubble referred to by insiders as simply “JHJ.”

Nearly a year after its founding, the feed still powers along on its “no rules” rule, with Mom (Aleah Arundale) and Dad (David Geller) overseeing the lovable, but sometimes unruly offspring that make up the rest of the JHJ family.

If you spend any time at all on the feed, you’ll quickly get a feel for the core group. These people are the true heart of JHJ, the first to offer help, advice and guidance, as well as the first to protect the group as a whole against what they sometimes believe are bad actors operating among them. It is oftentimes their collective voices that team to protect the group as a whole from itself, as surviving long term in an environment that was built on “no rules,” isn’t as easy as people want to believe.

As JHJ has continued to grow and flourish, one interesting by product has been the outgrowth of several other groups that operate parallel to, but in conjunction with, Jewelers Helping Jewelers.

Two of the most interesting feeds that I have had the opportunity to become involved with are the “Treasure Traders” feed, run by Medford Chason, owner of the Treasure Hut jewelry store in North Charleston, South Carolina, and the “Jewelry Broker” feed, created by Melissa Denny, owner of Pistol Annie’s Jewelry and Pawn in Bonney Lake, Washington. While the Jewelers Helping Jewelers feed provides a big net for the industry, the feeds created by both Medford and Melissa are more specialized, and offer specific types of benefits to members who join their groups.

I reached out to both Medford and Melissa to get some background on them, and more information on each of their groups, and am happy to share it with you here.

Medford Chason grew up on a large tobacco farm in Southwest Georgia and decided when he was 18 years old to leave the hot tobacco fields and pursue his dream of becoming a jeweler and coin dealer. He landed at a jewelry and coin store in Tallahassee, Florida and spent the next 12 years working on his education, and solidifying his career in the industry. He went on to open about a dozen stores for his employer, achieving the title of vice-president before he left that company.

In 1988, Medford moved to Charleston, South Carolina to open his first store, Treasure Hut. It was there that he met his wife Linda, married her in 1991, and the two have worked together side by side ever since. 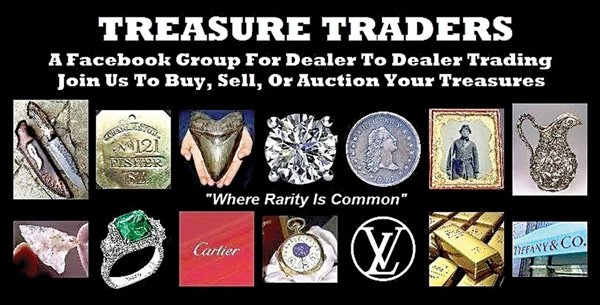 Medford’s idea for his “Treasure Traders” Facebook group developed as an outgrowth of a poll Aleah had created, asking “Should members be allowed to sell jewelry and diamonds only, or all high-end items?” Nearly 80% of the poll participants voted that JHJ should be used to sell only jewelry and diamonds. Since Medford deals in an eclectic assortment of other high end luxury items, he decided to create a group with a broader selection for buying and selling and has established a safe network of well-vetted dealers for like minded industry people who are serious about transacting business.

Treasure Traders is a serious asset for jewelry dealers, diamond and colored gem dealers, pawn brokers, tool and equipment suppliers, coin and currency dealers, fine art and antique dealers, and bullion dealers who want to connect with industry sources who are all about business. Because it is a closed group, every member is vetted, and Medford operates under old school rules. Within the Treasure Traders feed, your word is your bond, no exceptions, and no second chances.

If you are interested in becoming a member of the Treasure Traders Facebook group, visit the feed online at: www.facebook.com/groups/615917228592183/

Armed with knowledge and dangerously beautiful, Melissa Denny, owner of Pistol Annie’s Jewelry and Pawn is a 2nd generation jeweler whose shop is nestled under majestic Mt. Rainier in Bonney Lake, Washington. Melissa’s dad put her to work in the store at a young age, with the title of “Superintendent of Windex,” and hours of cleaning fingerprints off the glass cases and staring at the beautiful and unique pieces of jewelry and art her dad selected for the store cemented her love of art and her affinity for the craftsmanship of fine jewelry.

As part of the core Jewelers Helping Jewelers group, Melissa has watched the evolution of the group, and understands the reasonings behind dealer to dealer networks, largely due to safety and security issues. However, Melissa recognized there was room for a different kind of forum, one which allowed both business to business transactions as well as business to consumer transactions, and created her “Jewelry Broker” Facebook group as an opportunity to serve both sides with a bit of a twist. The idea behind Jewelry Broker is to capture consumer business via the internet by showcasing jewelry items for sale, and then facilitating the sale through an actual brick and mortar jeweler, by a series of transfers. 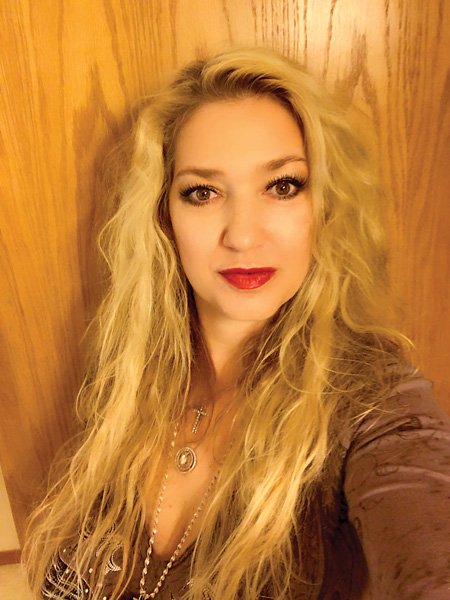 The value of this business model is that it creates a safety net for the seller (by forcing the buyer to transact the final purchase through a local jeweler who can vouch for the quality and integrity of the product received), as well as giving the store that facilitates the transfer the opportunity for exposure to new customers, and potentially, new business.

Melissa’s business model addresses several critical issues that have plagued the industry for years. Even jewelers who take the extreme measure of videotaping the boxing and mailing of goods purchased online have experienced the pain of a transaction gone bad where the consumer “claims” the purchase was not what it was represented to be. Involving another qualified professional that can inspect and transfer the merchandise to the end consumer adds another layer of professionalism to the transaction, and would, in most cases, make it harder for those whose intentions are less than pure, to cause financial and professional damage to the original seller.

Melissa’s formula for transfer fees range from a base of $50 to a high of 10% of the gross sale, depending on the value of the item, which compensates the transacting jeweler for their time, in additional to driving additional foot traffic into the store in the form of a potentially qualified buyer.

Melissa’s favorite part of the Jewelry Broker group is embracing the opportunity it has given her to pave the way to build new relationships, and watching new opportunities blossom as the internet continues to develop.

If you are interested in becoming a member of the Jewelry Broker Facebook group, visit the feed online at: www.facebook.com/groups/JewelryBroker/

Have some thoughts or questions about industry-related Facebook Feeds you’d like to share with me? I’d love to hear your comments on this subject! E-mail me at Ann@SouthernJewelersGuild.com or call me at 504-615-1191.