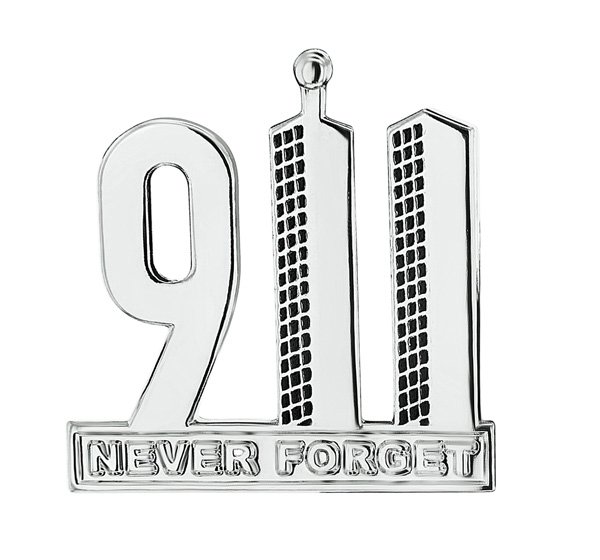 As we approach the 16th anniversary of the 9-11 attacks, small business owner, Steven Singer of Steven Singer Jewelers, gives people a way to show they will never forget the tragedies of 9-11. Anyone can purchase a 9-11 Never Forget pin to wear proudly while donating to a 9-11 charity for only $10. And at just $10 a pin, Steven has donated $513,220 in profits to 9-11 charities.

The fundraiser got its start in the fall of 2009. As an advertiser on Michael Smerconish’s talk-radio show on SiriusXM/CNN, Singer created special-edition commemorative Flight 93 pins for everyone on the host’s bus trip to the plane’s crash site on September 11, 2009. In the lead up to the site visit, Smerconish made an off-hand on-air comment about him wishing more pins could be made available for those other than the people booked on the bus tour. Singer responded by creating the 9-11 remembrance pin design on the spot and began a large-scale campaign to spread the word. 100% of the profits for each pin goes to 9-11 charities, including this year’s charity, the Garden of Reflection.

This year, Singer has set an aggressive goal of $1,000,000 in total donations. If Steven and his staff do reach this lofty goal, at only $10 per pin, it’ll be a monumental achievement.

“Since September 11, 2001, I, like most Americans, felt helpless and very much wanted to help make a difference in some small way,” says Singer. “I feel so blessed, and so lucky to be part of this. We play such a tiny, tiny, part in the memorials, I can’t even tell you how lucky we are.”

About the Garden of Reflection

The Garden of Reflection 9-11 Memorial was created to remember and honor our loved ones and all 2,973 killed on September 11, 2001. For more information please visit: http://www.9-11memorialgarden.org/

Steven Singer Jewelers is one of the largest single store national independent jewelers in the country. With 35+ years on Philadelphia’s historic Jewelers Row, Steven has been an innovator of the jewelry industry with his maverick marketing efforts including the I Hate Steven Singer Campaign. More information at www.IHateStevenSinger.com

For more information contact Jac Griffin at 215-627-3242 ext 389 or jac@stevensingerjewelers.com.