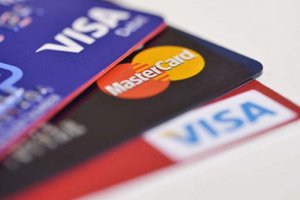 (WASHINGTON) – The Merchants Payments Coalition (MPC) unveiled a new TV commercial that takes aim at Visa’s sponsorship of the FIFA World Cup while refusing to allow competition over billions of dollars in “swipe” fees that drive up prices for consumers, said the MPC.

“Visa is spending untold millions of dollars to promote competition in soccer even though it refuses to allow competition over swipe fees and how transactions are routed,” MPC Executive Committee member and National Association for Convenience Stores General Counsel Doug Kantor said. “Visa says it wants to ‘give football fans from around the world the best way to pay’ but it should start by allowing competition over the hidden fees that are charged every time soccer fans and other consumers use a credit card. If competition is good on the soccer field, it’s good on the swipe fee playing field as well.”

The commercial, which is being run by MPC member NACS, shows a soccer game taking place in a packed stadium. As soccer balls are kicked into nets to score a goal, images of credit cards and messages from the ad’s narration appear.

“Free market competition – Main Street businesses do it every day and consumers are the winners,” a narrator says. “But what happens when we let credit card companies play by different rules? Americans pay the highest swipe fees in the world, up to 3 percent or more, nearly $1,000 a year in unfair hidden fees for families.”

Visa is the “official payment technology partner” of FIFA and is heavily promoting its involvement in this year’s World Cup in Doha, Qatar.

The ad comes as the Credit Card Competition Act – sponsored by Senators Richard Durbin, D-Ill., and Roger Marshall, R-Kan., and Representatives Peter Welch, D-Vt., and Lance Gooden, R-Texas – is pending in Congress. Earlier this month, MPC sent two letters urging lawmakers to support the bipartisan legislation, including one signed by 1,802 merchants and another signed by 236 merchant trade associations.

At issue are swipe fees averaging over 2 percent of the transaction that banks and card networks like Visa and Mastercard charge merchants to process credit card transactions. Credit and debit card swipe fees have more than doubled over the past decade, soaring 25 percent last year alone to a record $137.8 billion. They are most merchants’ highest operating cost after labor and drove up consumer prices by about $900 a year for the average family last year, says MPC.

Visa and Mastercard, which control more than 80 percent of the credit card market, centrally set the swipe fees charged by banks that issue cards under their brands rather than the banks competing to offer merchants the best deal. They also restrict processing to their own networks, prohibiting competition from other networks that can offer lower fees and better security.

The legislation would require that credit cards issued by the nation’s largest banks be enabled to be processed over at least two unaffiliated networks – Visa or Mastercard plus a network such as NYCE, Star or Shazam. American Express or Discover could also be the second network, but not networks supported by foreign governments like China’s UnionPay. The banks would decide which two networks to enable on each card and merchants would each then decide which to use, requiring networks to compete over fees, security and service.

The bill would apply only to financial institutions with at least $100 billion in assets – about 30 of the nation’s largest banks and just one credit union – and would have no impact on community banks or small credit unions.

The Merchants Payments Coalition represents retailers, supermarkets, convenience stores, gasoline stations, online merchants and others fighting for a more competitive and transparent card system that is fair to consumers and merchants.