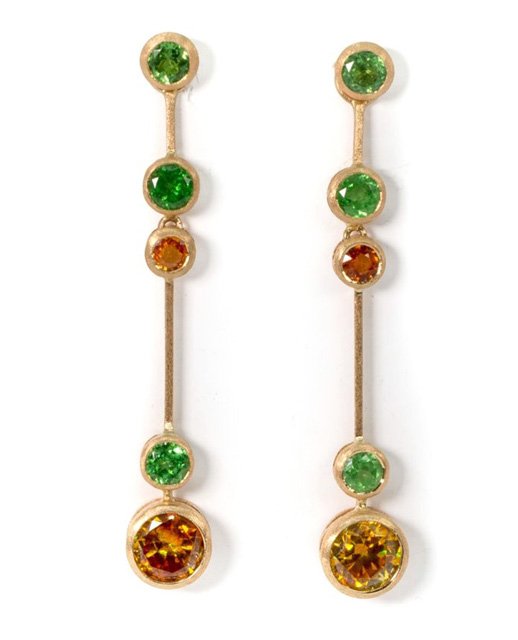 18K tsavorite and sphalerite earrings from Lisi Fracchia’s Sphalerite Dream collection.(MADRID, Spain) – Patagonia native and jewelry designer Lisi Fracchia is creating some buzz for herself in Madrid as well as Argentina these days. During the last 15 years, she’s made it her mission to travel around the world studying gemstones particular to each location she’s visited. This has resulted in some extraordinary gemstone choices found in her jewelry collections.

For example, Spain is home to some of the world’s most gemmy sphalerite crystals (from the Aliva Mine in Cantabria, Spain). Fracchia is one of the few jewelers daring enough to have successfully designed with this rare transparent variety of zinc sulfite. Gem quality sphalerite has a most unusual combination of traits which usually pose a challenge for jewelers. Relatively low on the Mohs scale; 3.5 – 4, (therefore requiring careful handling and mounting), it also has a specific gravity similar to that of sapphire and ruby. Its most remarkable characteristic however, is its refractive index at 2.369 – nearly as high as diamond. Top sphalerite specimens, while rare, are extraordinarily brilliant with a strong adamantine luster – and highly desirable to gemstone collectors. 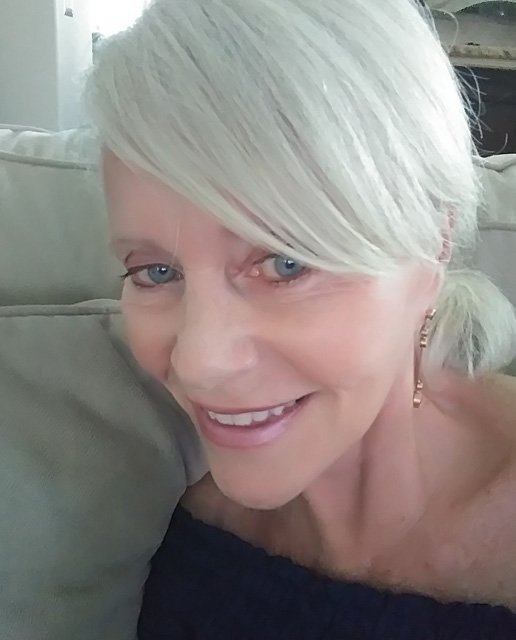 Journalist/Gemologist Diana Jarrett wearing Lisi Fracchia Sphalerite Dream pendant earrings.It’s no wonder that Fracchia’s rare gemstone jewelry has found its way into some of the world’s most elite collections. Although she doesn’t name-drop by disclosing who her clients are, some are so easily recognized that her brand is now gaining global praise. “I ended up designing pieces exclusively for Spain’s Queen Letizia and for Queen Maxima of the Netherlands,” she says.

Besides the rare stones that populate Fracchia’s collections, jewelry lovers value the craftsmanship that goes into each piece. Fracchia’s understanding of construction techniques is evidenced in her articulated earrings for example, which create graceful fluid movements with each subtle turn of the wearer’s head.

Takes One to Know One

In a recent interview for Madrid’s ABC, Spain’s oldest national daily newspaper, Fracchia was asked who else would she like to see wear one of her celebrated jewelry pieces. “Well, she already has one, Fracchia replied excitedly. “This is journalist – gemologist Diana Jarrett, one of the most influential people in the world of gems.”

Argentina’s Revista Nueva magazine also interviewed Fracchia recently; this time asking the designer who was it she admired in the jewelry trade. “Diana Jarrett, the US gemologist. I had the great surprise to see her receiving an award wearing a piece from my collection, ‘Sphalerite Dream’.” Jarrett was photographed wearing Fracchia’s dangle earrings in 18K white gold with opal, sphalerite and tanzanite; in a published article announcing three writing awards Jarrett received from the Eastern Federation of Mineralogical and Lapidary Societies in 2018. 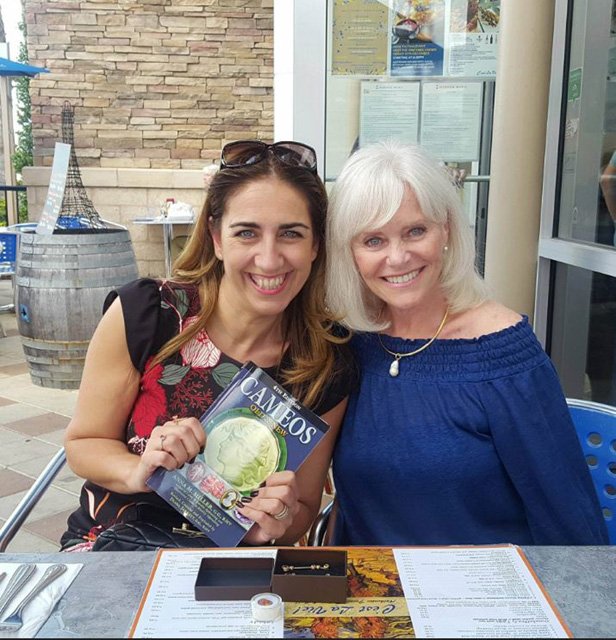 Lisi Fracchia (l) and Diana Jarrett with the 4th edition of “Cameos Old & New” which was revised, updated and expanded by Jarrett.