Retailers want it made permanent 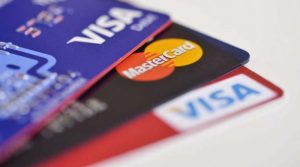 (WASHINGTON) – The National Retail Federation (NRF) welcomed Tuesday’s announcement that Visa and Mastercard will delay an estimated $1.2 billion increase in credit card swipe fees, but said the delay should be made permanent.

“The last thing retailers needed in the middle of a pandemic was higher credit card swipe fees,” NRF Vice President for Government Relations, Banking and Financial Services Leon Buck said. “We’re glad to see this delayed, but the increase should really be canceled altogether. This increase would have hit virtually all merchants at a time when they could least afford it, and we were particularly concerned by higher fees for online transactions when so many retailers have relied on ecommerce to get through COVID-19. The only thing good about this increase is that it has focused the attention of Congress on the market power of Visa and Mastercard. We look forward to working with lawmakers as they address this issue this year.”

Visa and Mastercard said they are delaying a complex restructuring of credit card swipe fees, that was set to take effect in April, by one year, to April 2022. The plan included higher fees for the card networks’ most prominent programs and for many online transactions, with estimated increases of $768 million a year for Visa and $383 million for Mastercard, according to payments consulting firm CMSPI.

Senate Judiciary Committee Chairman Dick Durbin, D-Ill., and Representative Peter Welch, D-Vt., asked Visa and Mastercard earlier this month to cancel the increases, saying they would “undermine efforts to help the economy recover.” Last week, Durbin said at an antitrust hearing that the increases were an attempt to “get even” for earlier congressional action on swipe fees.

Processing fees vary according to type of card and transaction and size of merchant, but average 2.25 percent of the purchase price for Visa and MasterCard credit cards, according to the Nilson Report. The fees have more than doubled from $25.6 billion a year in 2009 to $67.6 billion in 2019 for Visa and MasterCard credit cards alone, according to Nilson. Overall processing fees paid by U.S. merchants to accept all card payments totaled $116.4 billion in 2019, up 88 percent since 2009.