Jewelers’ Security Alliance (JSA) has released a new Crime Alert warning of a new wave of smash and grab robberies targeting jewelers in the Midwestern United States. Below find a listing of several recent incidents and prevention recommendations from JSA.

At 7:30 p.m. three suspects, one of whom is pictured below, approached a retail jewelry store, and one suspect propped open the door and all three entered. One returned and held the door while the other two smashed two showcases, putting loose diamonds in a bag, and all ran out of the store. 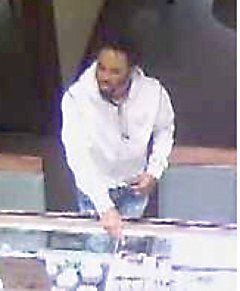 At 8:19 p.m. four black male suspects wearing hoodies, one of whom is pictured below, approached a retail jewelry store. One propped the outside door with a brick, and held the inside door while the others entered. Two suspects proceeded to the back of the store and smashed a diamond showcase with hammers, taking diamond merchandise. 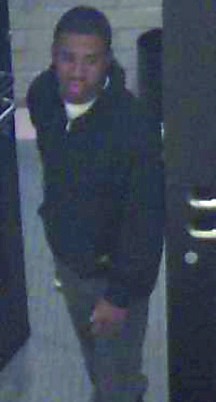 At 11:40 a.m. three black male suspects (two of whom are pictured below) used a mallet to smash showcases and take high end watches at a retail jewelry store on the Magnificent Mile. The suspects escaped down three sets of escalators. The suspects, who were wearing hoodies, were reported to be between 17 and 25 years old, and between 5’10” and 6’. It has been reported that a similar smash and grab occurred at the same store on 10/13/17, in which the suspects escaped in a gold Jeep Cherokee. If you have information, contact the Chicago Police Department Area Central Detectives at 312-747-8384. 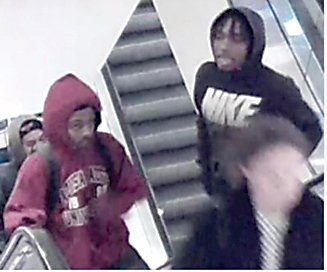 At 8:23 p.m. four black suspects, one of whom is pictured below, carried out a smash and grab robbery of loose diamonds at a retail jewelry store. One suspect held the door while three suspects entered and went directly to the back of the store. Two suspect used hammers and began smashing showcases, while a third, possibly a female, put loose diamonds in a bag. 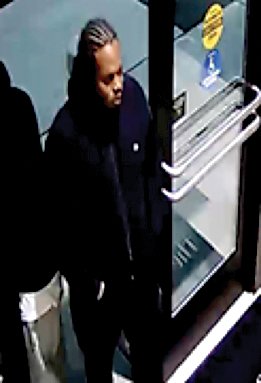 At 8:39 p.m. two black male suspects entered a retail jewelry store with small hammers and went to the diamond case. They smashed the top of the case and took loose stones. Suspects were in and out of the store in one minute and escaped in a white vehicle. 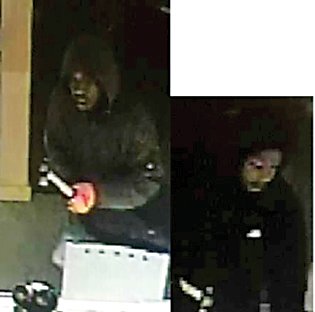 Jewelers’ Security Alliance is a non-profit trade association with nearly 20,000 members that has been providing crime information and assistance to the jewelry industry and law enforcement since 1883. Visit JSA’s website, www.jewelerssecurity.org, for more information on crime against jewelers or to post your own crime information.