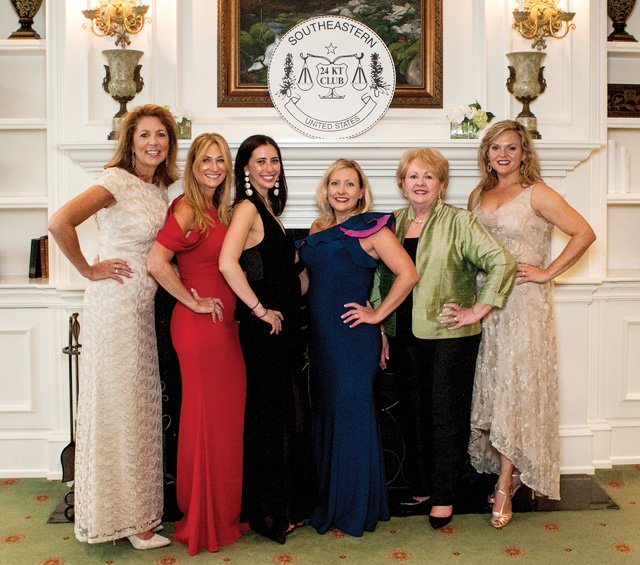 My mom always said, “Raise a child in the way he should go and when he is old he won’t depart from it.” Actually, I think that’s from the Bible, but she claimed it like it was hers. Libby Brown, the newly appointed executive director of the Atlanta Jewelry Show (AJS) is living proof that statement is true. She’s a dyed in the wool jewelry kid who grew up in a small retail store in South Georgia. She didn’t seek out a jewelry career, and yet today, finds herself leading the longest running, independent jewelry tradeshow in the country. Her mission: make it personal – and generational.

Growing up in the industry left a lasting impression on Libby.  From her early beginnings in her parent’s store, all the way through her father’s 30+ years as an independent jewelry sales rep and her mother’s career in retail fine jewelry – Libby experienced the joys, struggles and business needs from both the retailer and wholesaler perspective. Susan and Ralph Williams taught their daughter a lot, and although she didn’t know it at the time, it was preparation for her current role. 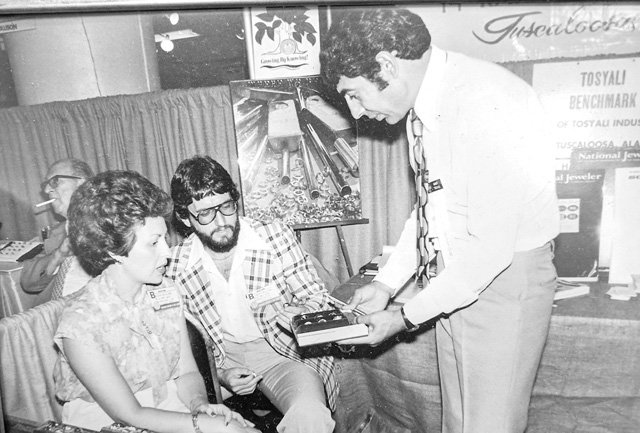 “Joining the AJS team was a natural fit for me,” Libby explains. “It was an environment I was familiar with, in an industry I understood, around people I admired. And, over the past decade it’s been extremely rewarding to work with my family at the show – it has become a family thing. My Stepmom,  Kathy Beall, was the SJTA Director of Education at the time and introduced me to the SJTA (Southern Jewelry Travelers Association) which started as a part-time job while in college, which eventually led to a full-time job with the show. Before my Dad passed away, I had the pleasure of working with him as an exhibitor and SJTA member. I have worked side by side with my Mom in the office for over 10 years, and even my sister, Kim, helps out at the shows. Jewelry is just in our blood. It’s a family affair.”

Over the course of her 17 years with AJS, Libby has participated in nearly every facet of producing the show. From exhibitor services, to buyer experience to continuing education; Libby’s been a part of the planning. Recognized for bringing rich insight and a new perspective; she’s been the voice on the other end of the phone checking on exhibitors, sponsors and buyers, as well as beefing up the educational seminars with relevant, timely topics. And while her childhood experiences laid the foundation, she’s the first to admit she learned so much mentoring under former Executive Director Carol Young.

Nearly one year ago Libby accepted the executive director role at AJS when Carol Young retired, marking the end of an almost two-decade AJS career for Carol, and the next natural career progression for Libby. It was time for her to take the lead –  to take the show her parents had been involved in for more than 40 years to the next level. It was as if everything to this point led her here.

When asked what her larger vision is for the show she replied:

“The show has progressed over the past few years, and has established growth plans for the AJS community. And, I’m extremely excited about expanding the reach of the show to our youngest family members through a new program called AJS Kids Jewelry Camp. This is where we’ll reach out to our youngest jewelry family members and grow their interest in our industry through educational and hands-on programs. And, since children are now allowed to join their parents on the floor, it’s about helping develop excitement and passion for jewelry through real-life experience.”

AJS’s new youth program capitalizes on the momentum family-owned businesses generate and fosters not only the educational aspect of the business, but the relational one as well. It’s meant to celebrate and embrace the fact that a large number of independent jewelers and manufacturers are family-owned and operated and, as such, can find something for even the youngest members of the family there. The camp is being offered, for the first time, at the spring show, Saturday, March 3 and Sunday, March 4. It’s open to children 8 and up.

“My goal – my desire – is to keep this wonderful community of AJS attendees together and thriving. I recently received a special gift from A.J. Tosyali, owner of Benchmark. It was a picture of my parents sitting across the desk from his dad buying Benchmark jewelry nearly 40 years ago at the SJTA show. It is an amazing honor, inspiration, and experience to work with some of the very sales reps, manufacturers and retailers that I watched my parents build strong bonds with over the years. I walk the aisles of AJS and see friends and family and people I grew up with. That’s what we’re interested in preserving. That’s what we want to build on, support and pass down.” 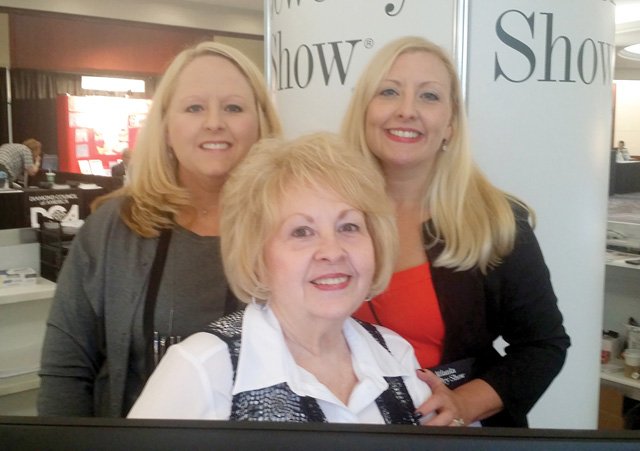 On the AJS website (www.atlantajewelryshow.com) under the community tab is this definition: Community, noun: A social unit larger than a small village that shares common values. Libby and the entire AJS team invite you to join their community this March in Atlanta. They promise you’ll find all you need and more.