(NEW YORK) – Only Natural Diamonds (OND), the premiere digital destination for consumers to dive into the mysterious and exciting world of natural diamonds powered by Natural Diamond Council, is thrilled to release its newest digital cover starring American actress and producer, Jurnee Smollett. 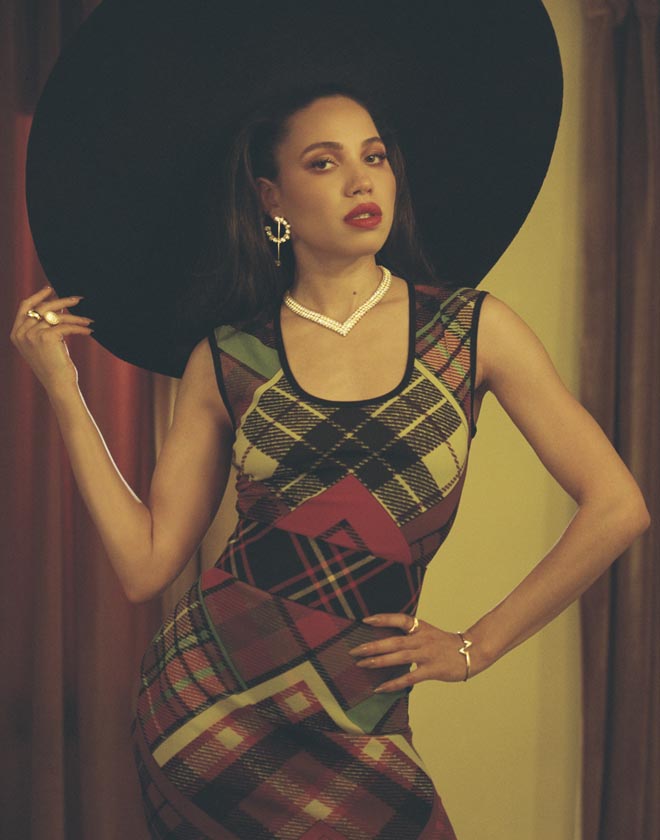 The beautiful diamonds and creativity on set all led to a synergy that allowed Smollett to shine through all the facets of a strong and dynamic woman. “We are so excited to celebrate this moment in Jurnee’s career where she adds producer to her impressive roles as an actress,” Editor in Chief of Only Natural Diamonds, Sam Broekema notes. “We were deliberate with the brands and pieces selected, especially wanting to highlight vintage fashion like the Versace from 1992 for the cover and the collaboration between our Emerging Designers Diamond Initiative alumna Dorian Webb and Gemist. All the pieces enabled Jurnee Smollett to express both her style and the values we share about sustainability and conscious luxury.”

Smollett’s newest project, Lou (released on September 23, 2022), in which she stars opposite Allison Janney and serves as an executive producer, explores all the intricacies of motherhood through deep introspection and self-reckoning. In the cover’s accompanying interview with writer Christine Whitney, Smollett reflects on her own relationship with motherhood and how natural diamonds played a role in marking milestones in her journey as a woman, a mother, and an actress.

“I think the first piece of jewelry I ever received was from Kasi Lemmons, the director of Eve’s Bayou. I was 10 years old at the time, and she gave me a pearl necklace with a heart pendant that had a tiny diamond in the middle. On the back she engraved, ‘To Jurnee, Love Kasi.’ I wore that necklace everywhere.

“My first substantial memory with natural diamonds was to the New York premiere of my film with Denzel Washington, The Great Debaters. I was about 20 or 21 and Cartier loaned me all these diamonds – I was just in awe! We grew up pretty poor, and anything like that seemed so out of our reach or only reserved for women like Diana Ross and Elizabeth Taylor. Being able to see the artistry, craftmanship, and unique energy of diamonds in person was such a special experience.”

Shot in Los Angeles, the cover is accompanied by a comprehensive editorial spread and short film. The film, entitled Shimmer, sees one side of a phone call with Smollett reciting a sensual and playful dialogue that dances with diamond metaphors. The editorial and short film were all shot, scripted, and scored by Mark Lim.